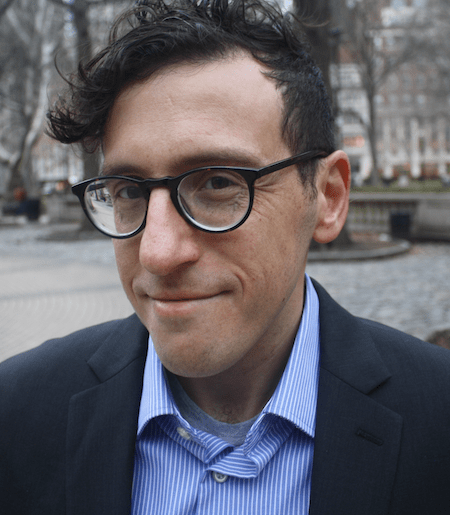 Stephen Vider is Assistant Professor of History and Director of the Public History Initiative at Cornell University.  His research examines the social practices and politics of everyday life in the 20th century United States, with a focus on intersections of gender, sexuality, race, and ethnicity. His new book, The Queerness of Home: Gender, Sexuality, and the Politics of Domesticity After World War II (University of Chicago Press, 2021), traces how American conceptions of the home have shaped LGBTQ relationships and politics from 1945 to the present. The book received honorable mention for the 2022 John Hope Franklin Prize from the American Studies Association for best book in American studies.

Vider has also contributed to a range of public history projects. At the Museum of the City of New York, he curated the exhibition AIDS at Home: Art and Everyday Activism (May to October 2017), exploring how activists and artists have mobilized domestic space and redefined family in response to HIV/AIDS, from the 1980s to the present. A Place in the City, a short film he co-directed with Nate Lavey for the exhibition, has since been featured in film festivals and programs in New York, Los Angeles, Toronto, and Istanbul. Vider was also co-curator of the exhibition Gay Gotham: Art and Underground Culture in New York (October 2016 to February 2017) and co-author of an accompanying book, a Lambda Literary Award finalist. He has also published essays in the New York Times, Avidly, Time, and Slate, among other places.

Before coming to Cornell, Vider was a Visiting Assistant Professor at Bryn Mawr College and a postdoctoral fellow in the history of sexuality at Yale University.

The Queerness of Home: Gender, Sexuality, and the Politics of Domesticity After World War II (Chicago: University of Chicago Press, 2021)

“What Happened to the Functional Family?: Defining and Defending Alternative Households Before and Beyond Same-Sex Marriage,” Intimate States: Gender, Sexuality, and Governance in Modern U.S. History, edited by Margot Canaday, Nancy F. Cott, and Robert O. Self (Chicago: University of Chicago Press, 2021)

“’Nobody’s Goddamn Business But My Own’: Leonard Frey and the Politics of Jewish and Gay Visibility in the 1970s,” in The Boys in the Band: Flashpoints of Cinema, History, and Queer Politics, edited by Matt Bell (Detroit: Wayne State University Press, 2016), 190-215

“The Makings of Home,” essay in exhibition catalogue for On the Domestic Front: Scenes of Everyday Queer Life, Leslie-Lohman Museum of Gay and Lesbian Art, New York, NY, curated by James Saslow, August to October 2015