Migration is about movement, yet the journey often ends in the denial of movement, especially if one migrates to the U.S. This country detains more immigrants than any other country in the world, often in deplorable conditions. Yet many people in this country do not know about these conditions, which amount to imprisonment for the simple act of crossing a border without papers. The detention centers are often geographically isolated, compounding the isolation of the people being held there. The situation has been exacerbated in recent years due to the increasingly draconian and punitive policies advanced by the Trump administration, making immigration detention an urgent human rights issue.

Under the auspices of an Engaged Cornell curriculum grant, FGSS started working in 2019 to address this social justice issue, focusing on the Buffalo Federal Detention Center in Batavia, NY.  We began by working with the Buffalo-based group Justice for Migrant Families (JFMF), a group that provides direct support for detained people, including visitation, connection to legal aid, reporting abuses, and other forms of advocacy. In fall 2019, we made five trips to Batavia and formed connections with people being held for whom we are still advocating (see, for example, our petition to release a Salvadoran woman who has been held for more than two years: @freeingrid | Linktree).

In January 2021, our group formed an alliance with the Freedom for Immigrants anti-detention national group (freedomforimmigrants.org) and renamed our chapter the Cornell Anti-Detention Alliance, or CADA. We are expanding our reach across campus; see the FGSS calendar for meeting times.

Collaboration with people in detention transforms the notion of “visitation’ from one of benevolence or charity into a grassroots struggle for systemic change. While we valorize the power of the face-to-face encounter, we also aim to place these individual encounters within a larger structural analysis. What prompts each person to have to leave their home countries? What immigration policies have caused them to be held in detention rather than being released on their own recognizance or on bond? How are they negotiating the labyrinth of immigration law—the only legal arena in the U.S. that does not guarantee people the right to an attorney?

We put the theory into practice through the following steps: 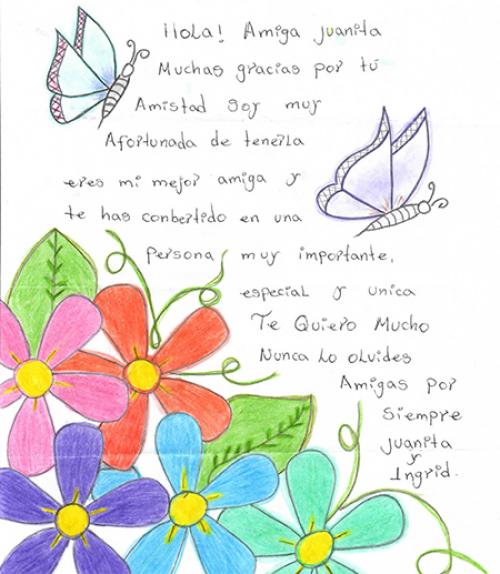 2022 marks fifty years of Feminist, Gender and Sexuality Studies and thirty years of Lesbian, Gay, Bisexual and Transgender Studies at Cornell University. Marking the event, students enrolled in Introduction to Feminist, Gender and Sexuality Studies (FGSS 2010) in Fall 2021 looked to Cornell’s past as inspiration for Cornell’s future. This site is a culmination of these efforts: it salvages Cornell’s hidden history of feminist and queer activism on campus and documents contemporary feminist and queer actions organized by Cornellians enrolled in FGSS 2010 in Fall 2021. We hope that these projects from the past and present have the potential to spark future collaborations and demonstrations.

Support for digital stories of Cornell’s feminist and queer past is made in collaboration with Cornell’s Center for Teaching Innovation’s Any Person, Many Stories project and was made possible by cooperation with Brenda J. Marston, Curator, Human Sexuality Collection & Cornell University Library Liaison to the Feminist, Gender, & Sexuality Studies and LGBT Studies Programs.

Big Red Feminisms Blog Loving Your Student Body @ Cornell: A podcast Performance Art A Feminist Education is for Everyone Trauma-centered Feminism A Statement of Survival
Top