Social media influencers stake their claim in the pop culture landscape by crafting aspirational personas and sharing intimate details of their lives with online audiences. In some cases, their followers number in the tens of millions.

But in addition to their loyal fans, there is a legion of equally passionate “anti-fans,” whose self-appointed mission is to hold these influential people accountable by calling out inauthenticity, unrealistic portrayals of “real life,” and outright deception.

Anti-fandom can serve a social function by allowing people to critique norm transgressions, but it can also be a destructive force, a Cornell-led research team proposes.

“The directive to ‘put yourself out there’ is not experienced evenly, and it can be especially hazardous for women, people of color, and the LGBTQ+ community,” said Brooke Erin Duffy, associate professor of communication in the College of Agriculture and Life Sciences, and a member of the Feminist, Gender and Sexuality Studies faculty in the College of Arts and Sciences.

“I think it’s important to take seriously what it means to be visible on social media when your career demands it, as the work of influencing does,” she said.” In many cases, such visibility involves considerable vulnerability.”

Duffy is the lead author of “Policing ‘Fake’ Femininity: Authenticity, Accountability, and Influencer Antifandom,” which published July 9 in New Media & Society. Co-authors are Amanda Wahlstedt ’17, a master’s student in nutrition and public health at Columbia University; and Kate M. Miltner, a postdoctoral researcher at the University of Edinburgh.

Influencing fashion and trends used to come with the territory of being a movie or pop music star – think Marilyn Monroe or Madonna – but now there’s an entire industry of people whose livelihoods are dependent on their ability to move the cultural needle. And like Hollywood or the music industry, there’s a hierarchy of influencing: The higher up the food chain you are, the more open to criticism – and worse – you become. But unlike traditionally “famous” individuals, social media influencers don’t necessarily have the support and protection of publicists and agents.

Duffy said her interest in influencer anti-fandom (or “haters”) evolved from her earlier work, including her book, “(Not) Getting Paid to Do What You Love” (2017), which drew upon interviews with mostly women Instagrammers and social media content creators. “At the time,” she said, “I kept hearing about the hate and harassment that is, unfortunately, normalized as part of the job.”

It was also during this earlier project that she learned about GOMI (Get Off My Internets), a website devoted to critiques of online personalities, including Instagrammers, TikTokers and YouTubers. GOMI has a reputation for vicious criticism, although some dismiss it as trivial gossip.

So she went “down the rabbit hole” of GOMI, which Forbes magazine named “One of the Best Sites For Women” in 2013. “Its inclusion on that list was completely shocking to me,” Duffy said, “because a site that’s supposedly for women includes so much animosity directed toward other women.”

At first highly critical of sites like GOMI, Duffy came to a more nuanced perspective –  through the research and the influence of co-author Miltner, whose own studies of internet anti-fandom tended to highlight the community-building function. Duffy said she and Miltner realized that neither perspective – anti-fandom as cyberbullying, or anti-fandom as community – captured the gender politics structuring the site.

“We found that participants are using individual influencers as stand-ins for larger cultural issues,” Duffy said. “But targeting these individual women doesn’t advance progressive gender politics in a meaningful way.”

For this study, the researchers analyzed 150 unique comments – known as “snarks” (“snide remarks”) – on GOMIblog. All snarks were aimed at the same unnamed influencer target, across 10 of GOMIblog’s public forums; five focused on fashion and beauty, and five were dedicated to lifestyle content, including fashion, travel, home design and fitness.

To protect the targets against additional harassment, the researchers concealed the identities of both the influencer and the commenters’ pseudonyms. They also converted direct quotes into “representational interactions” that captured the flavor and meaning while changing specific wording, to prevent the comment from being searchable.

As the authors noted, the critiques were rooted primarily in women’s perceived “fakery” – the illusion of “having it all” in terms of career, family and femininity.

Among other criticisms, anti-fans derided the influencers for posting too much – or too little – personal content, and insincerity in showcasing their lives. One snark mentioned in the paper notes that the target projects an image of individuality, “but the truth is that she’s the human equivalent of Starbucks.”

Other criticisms were leveled regarding women influencers’ portrayals of family, friends and beauty – particularly the altering of one’s appearance through the use of PhotoShop, FaceTune or surgical means. Duffy said this harkens back to earlier forms of gendered authenticity policing, where concerns about deceptive beauty were considered immoral.

The authors acknowledge that “there are no easy or straightforward solutions” to tempering the hatefulness that ultimately impacts the influencer targets.

“(T)o approach this issue with nuance and care is the best (and only) way forward,” they wrote, “as polarized perspectives only reinforce the tired history of gendered, in-group antagonism.”

This work was supported by funding from the President’s Council of Cornell Women.

This story also appeared in the Cornell Chronicle. 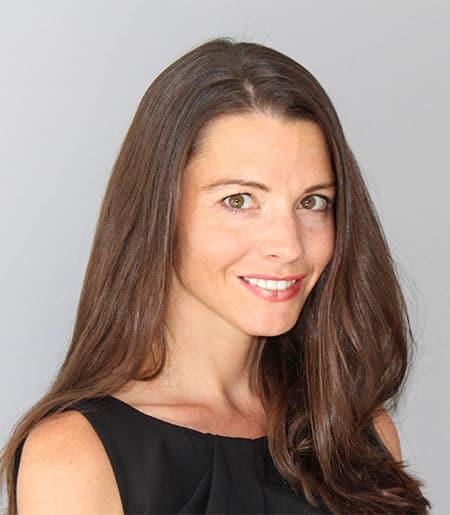