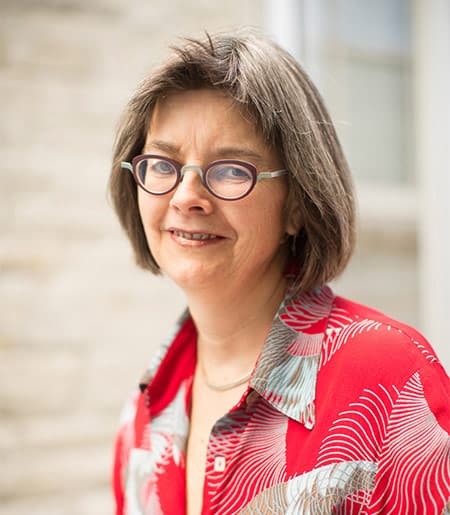 I hold a joint appointment in Feminist, Gender, and Sexuality Studies and English. My book, Regions of Identity: The Construction of America in Women's Fiction, 1885-1914 (Stanford University Press, 1999) examines the contribution of women's fictions to cultural discourses of national identity and offers a comparative analysis of the impact of race, gender, ethnicity, sexuality and region in this fiction.

I am currently completing a book manuscript, tentatively titled Never On Time, But Always in Time: Queer Temporalities and Narrative Form, that is working at the intersections among gender, sexuality, ethnicity and diaspora in twentieth- and twenty-first century queer fiction. Queer studies has seen an explosion in the past two decades of work on queer temporality; critics have explored whatqueer time might mean and do, producing critiques of the ways that structures of time, routinized and rendered “natural,” do ideological work in theservice of both the state and the heteronuclear family, and suggesting that queering our understanding of time can help us envision temporal modesbeyond the time of capitalism or the bourgeois family. Against this backdrop, my book project examines the multiple functions of queer temporality in contemporary US fiction, exploring the way in which attempts to represent queer time both enable and demand reworkings of narrative form. In examining queer subjects who grapple with exile, diaspora, transnational migration and even mundane family dissolution, this project considers the status of thequeered body’s senses, desires, and histories in a group of texts that deploy the body as a vehicle for the enactment of queer temporality. Taken together, these texts move well beyond simply revealing the heteronormative stakes and ramifications of normative temporality (though they do this, too); they are also uninterested in simply rejecting History or replacing it with a celebratory queer History. In deviating from conventional temporality—both at thelevel of the story and the level of the form—these texts produce a topo-temporal opening for something else, an alternative experience of the past, present, or future and a body’s queered relationship to one or all.

A part of this project was recently published as “The complexity of loss itself’: Comics Form and Fun Home’s Queer Reparative Temporality,” in American Literature in June 2018. The article appeared in a special issue on queer comics, edited by Darieck Scott and Ramzi Fawaz.